William T. Derry, Prof LS
Director of Surveying Technologies
Contact us today to learn more!
Posted by erica insley at 10:22 AM No comments:

AXIS GeoSpatial LLC, an industry leader in surveying and mapping services, today announced the opening of a new office in New Castle Delaware to accommodate the company’s significant growth and to focus on serving clients in the area. 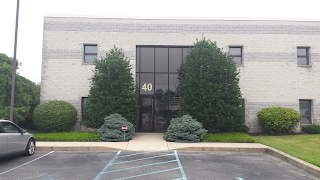 Although primarily based on the east coast, AXIS has provided service to numerous clients nationwide. AXIS’ new location is located at 40 McCullough Drive, 2nd Floor in New Castle DE 19720.  The 3,000 square feet solar powered office in the Southgate Center will be open from 8am to 5pm Monday through Friday.

We are excited to be in our new location and look forward to becoming an integral part of the local community, explains William T. Derry, Prof LS Director of Surveying Technologies for AXIS.

The new office represents their commitment to growing the business and serving clients through direct communication, technical support and providing the best possible balance of geospatial expertise and knowledge of surveying and mapping methods.

Founded in 2001, AXIS GeoSpatial LLC, a national geocapture firm, employs innovative remote-sensing and measurement technologies to capture geospatial data for integration into civil engineering, land surveying and GIS applications. AXIS is headquartered in Easton, Maryland with additional locations in Colorado, Delaware & New Jersey. During the past 15 years, AXIS has applied extensive, proven experience in producing high quality aerial imagery, LiDAR, CADD, GIS and other related geospatial datasets for civil engineering and government clients throughout the US and abroad.

For more information about the new location, please call 410-822-1441 or visit www.axisgeospatial.com.
Posted by erica insley at 9:03 AM No comments: